As of 2022, we know of two exomoon candidates. This pair shares two key attributes: they require follow-up observations to confirm that they really exist, and if they do, they're very... weird. They're both apparently huge, bigger than the Earth, and therefore unlike any moons we have in our own solar system. That's exciting, and suggests that these follow-up observations could tell us about general moon-formation processes.

But, we'd probably learn a lot more about those processes if we could find smaller moons, ideally some analogous to those in our Solar System. My first-year project at Columbia is to check if that's within the capabilities of powerful observatories like Hubble and JWST. Although the project is ongoing, it looks like it is! Hubble would likely struggle to detect small moons in a small number of transits, but there are a handful of planets that could host small companions which are detectable with JWST. Stay tuned for a paper describing why! 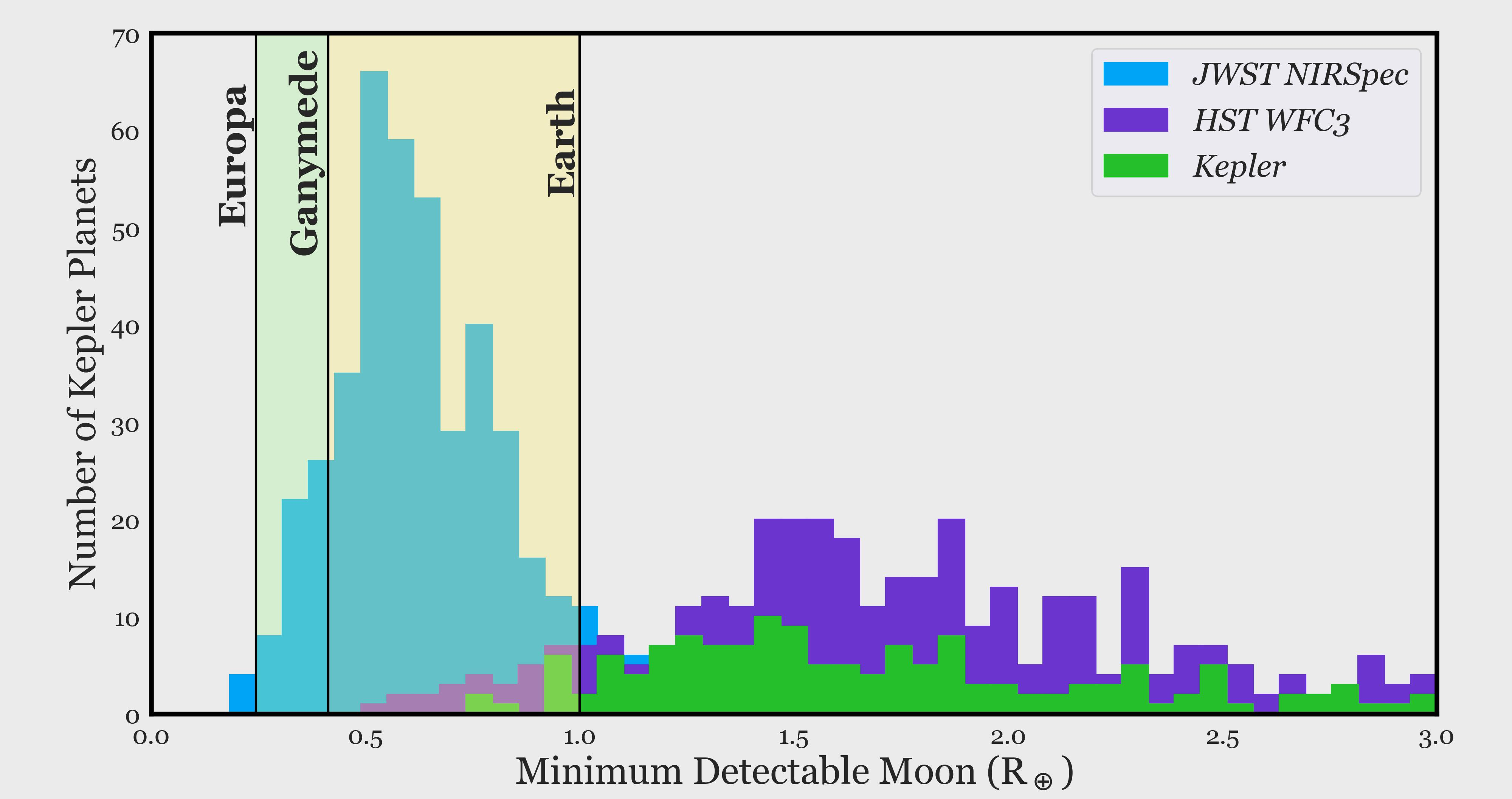 From my presentation at Exoplanets IV, 2022, Las Vegas NV

Although I haven't looked at Jupiter's largest moons (or any moons *within* the Solar System) as a graduate student, I really enjoyed working on them as an undergrad. While I was at Caltech, I worked on reducing and analyzing Hubble STIS data of the Galilean moons, especially of Io. I converted spectra into many spatially resolved maps of the surface in different wavelengths, then looked for absorption features with coherent patterns across the globe.

Below is an interactive map of one of these features, where pink marks regions with strong absorption and blue marks where the feature is weaker. Playing/clicking through the frames changes the overlayed shaded-in geologic units, all of which were identified and mapped by the USGS. No geologic unit cleanly aligned with this absorption feature. This was a fun project- were I to do this over, I'd at least change the map projection though.